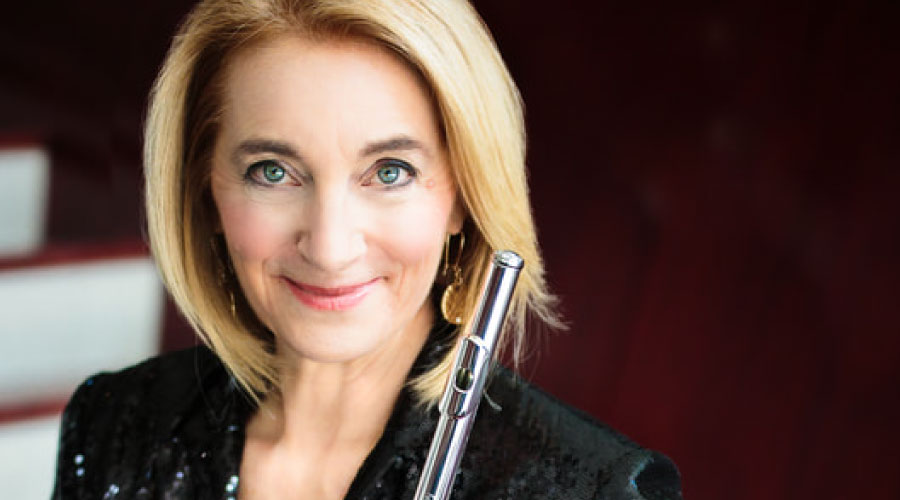 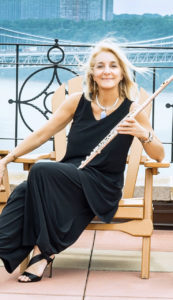 Carol Wincenc is one of the most respected and acclaimed flutists performing today. A Grammy-nominated artist, she has performed worldwide with major orchestras and at name festivals and has collaborated as a chamber musician with star ensembles and soloists. Her virtuosity, deeply heartfelt musicality, and ebullient charisma have combined to make her that rare musician – a successful solo flutist – for five decades.

Carol Wincenc 50th Anniversary: It’s Golden! is a three-concert New York series that celebrates this milestone in the 2019-20 season, and highlights the most cherished aspect of her artistic life with the world premieres of five new works commissioned for the occasion. Carol’s deep commitment to the expansion of the flute repertoire is evidenced by the 15 concertos (by Christopher Rouse, Henryk Górecki, Joan Tower, and Jake Heggie, among others), nine chamber works, and 22 solo flute pieces that have been commissioned either by or for her during her career, and the five new works bring the total number to 51. They are: