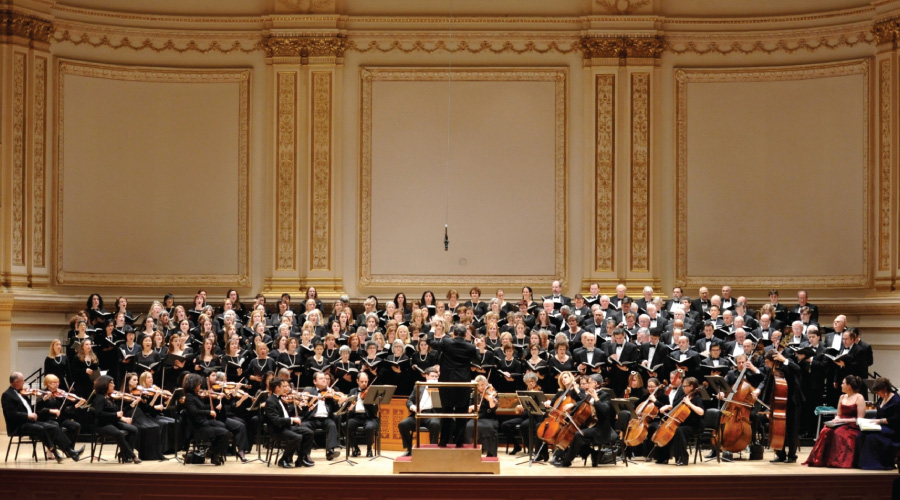 Since its founding in 1873, the OSNY, New York’s own 200-voice avocational chorus, has become the city’s standard for grand, joyous choral performance. “The sheer energy of the Society’s sound had an enveloping fervor,” wrote Allan Kozinn in The New York Times of a 2008 presentation of Brahms’s Ein Deutsches Requiem, and of a 2005 performance of Messiah, Jeremy Eichler said in the Times, “this was . . . a vibrant and deeply human performance, made exciting by the sheer heft and depth of the chorus’s sound.”

The Oratorio Society has performed the world, U.S., and New York premieres of works as diverse as Brahms’ Ein Deutsches Requiem (1877), Berlioz’ Roméo et Juliette (1882), a full-concert production of Wagner’s Parsifal at the Metropolitan Opera House (1886), Tchaikovsky’s a cappella Legend and Pater noster (1891) and Eugene Onegin (1908), the now-standard version of “The Star Spangled Banner” (1917; it became the national anthem in 1931), Bach’s B-minor Mass (1927), Dvořàk’s St. Ludmila (1993), Britten’s The World of the Spirit (1998), Juraj Filas’ Song of Solomon (2012), and Paul Moravec’s Blizzard Voices (2013), as well as works by Handel, Liszt, Schütz, Schubert, Debussy, Elgar, and Saint Saëns, among others. On its 100th anniversary the Oratorio Society received the Handel Medallion, New York City’s highest cultural award, in recognition of these contributions. 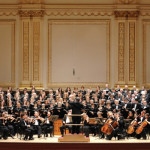 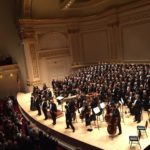